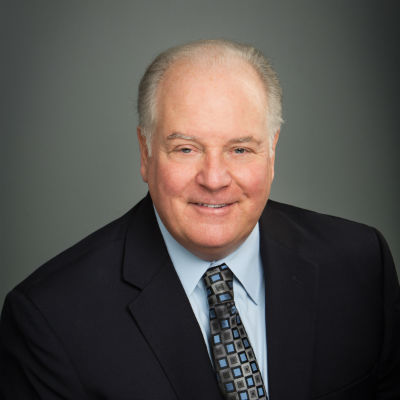 Gilbert & Pardue Business Advisors (GaP) is pleased to announce that Douglas Gwin has joined the firm in the role of Senior Associate. Mr. Gwin brings to GaP over 30 years of senior executive experience including extensive M&A work for closely-held companies, having participated in several successful transactions over the last 25 years. In Doug’s words: “I’ve spent most of my career as a CFO/Controller for small to medium-sized companies. I enjoy working closely with owners. On several occasions, I have also been involved in pre-sale preparation, audit, and due diligence for my employer. I am very excited about joining GaP and using my experience to assist current clients and to develop future opportunities.”

Mr. Gwin’s career has allowed him to develop proficiency in the preparation and presentation of GAAP financial reports for boards of directors and owners (private equity and other independent investors) and to provide independent audit support and assistance. In addition, he has supervised bank loan covenant compliance and reporting, cash flow management, and risk management.

“We are very excited to have Doug join our firm,” said GaP Founding Partner Matt Gilbert. “Having other GaP staff who represent the Big Ten, SEC, Pac-12 and American Athletic Conferences, it’s nice to add a fellow Red Raider to the mix, thereby increasing Big 12 representation. With clients and prospects as diverse as our football conferences, GaP often finds itself providing education to business owners who are looking to improve the value of their companies in addition to facilitating the processes and deliverables required to complete successful ownership transitions. Adding Doug to our team in Houston gives us the capacity to continue building M&A and financial advisory strength for clients who often are not well served through traditional brokerage firms. His tenure as CFO of privately-held businesses - mixed with involvement in selling to and working for a private equity group - will make him a sought-after resource within the GaP community.”

In 2008, Mr. Gwin was hired as CFO of Travis Body & Trailer, a manufacturer of aluminum dump trailers which had recently been acquired from its founder by a private equity firm. Doug helped lead the company through the Great Recession by managing cash flow without any line of credit for almost six years and assisting in restructuring debt. Along with other members of management, he brought the company back from near bankruptcy to profitability and helped orchestrate a profitable exit in 2013.

Doug began his career in public accounting, focusing on Management Advisory Services, primarily for real estate development and construction clients. After leaving public accounting, he served as Controller for various local real estate developers, construction consultants, and construction companies. In 1998, he assumed his first CFO position with the Way Companies, a third-generation family-owned commercial mechanical contractor. He streamlined reporting to the sole owner and managed all accounting and treasury functions, including the critical bonding capacity as a contractor.

Mr. Gwin graduated with a BBA from Texas Tech University. He is licensed as a CPA in the State of Texas and is a member of the AICPA and Texas Society of CPAs. He was also a member, board member, and past President of the local chapter of the Construction Financial Management Association (CFMA). Doug is an avid golfer who also occasionally enjoys both fishing and hunting. He is a die-hard, but often broken-hearted, Astros fan - until 2017. Go Stros! He supports several local charities including The 100 Club and Shriner’s Hospital. Doug and his wife, Debi, are blessed with two grown sons and four grandchildren who all live in the Greater Houston area.