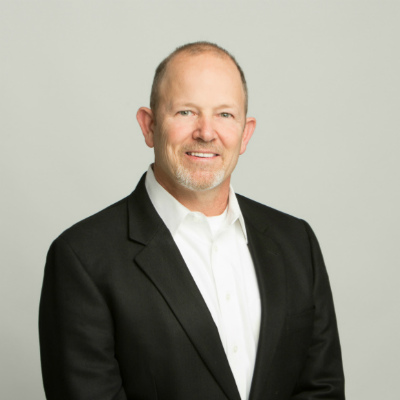 Gilbert & Pardue Business Advisors (GaP) is pleased to announce that David Deslatte has joined the firm as a Senior Financial Advisor. David has more than twenty-five years of experience spanning from public accounting to private and public entities in an array of industries. He has been intimately involved in ERP implementations, insurance negotiations, ERISA, government contracting, and M&A. In David’s words, “I am super excited about starting a new path and joining this team where I can provide value to small businesses, many of whom may otherwise have been precluded from obtaining the knowledge and services offered by GaP.  Working for small and large, public and private companies has afforded me numerous skills and experiences across many industries, which will be leveraged to satisfy the needs of the GaP clientele.”

Matt Gilbert, a GaP Founding Partner, had this to say: “David brings deep understanding of the day-to-day grind that accounting managers go through. Having spent many years as CFO or Controller of privately-held businesses, David thrives when helping clients navigate tactical administrative issues such as financial reporting, forecasting, budgeting, administering 401k plans, selecting and managing insurance vendors, establishing cost control mechanisms, and more. These talents, coupled with his keen understanding of factors which build transferrable value, make him an asset to our organization. David has hit the ground running, and client feedback has been stellar. We are blessed to have him on the GaP team.”

Prior to GaP, Mr. Deslatte served as Chief Financial Officer (CFO) for an employee-owned industrial manufacturer and master distributor.  His accomplishments included the disposition of a laggard subsidiary and later the sale of parent company to a private equity firm for a substantial gain. Shareholder value increased over 80% during his tenure. This was accomplished through David’s work in eliminating the subsidiary, managing banking relationships and facilities, and reducing group benefit costs. He managed the due diligence process for both sell-side transactions.

Mr. Deslatte previously served as CFO for a private-equity-backed midstream equipment distributor. David’s achievements included the disposition of a major business segment, which further facilitated an exit strategy for this long-held portfolio company. He managed the due diligence and operational execution of the transaction.

Prior to his roles as CFO, David was the Controller for midstream pipeline and valve companies. His initial employ was managing the accounting department of a multi-state, distressed pipeline contractor that was part of a bank workout group. Here he gained valuable experience with banking as well as worker compensation insurance procurement. A native of Louisiana, David moved to Texas in 2005 where he first worked for two public entities. One of these involved SEC reporting and developing innovative financial transactions to maintain liquidity and the Company’s positive standing in the public market. Accomplishments during this time period also included a successful Sarbanes-Oxley 404 implementation.

Earlier in his career, Mr. Deslatte held managerial accounting Controller roles in the construction and shipbuilding markets. During this time, he helped create a banking syndicate to secure a very large credit facility. In addition, David worked on the preparation of proposals that were presented to the credit rating agencies. His experience also included a massive Y2K ERP implementation as well as buy-side due diligence work that culminated in two acquisitions. David began his career with four years in public accounting for a large regional firm where he was involved in audit, tax, and forensic accounting engagements.

David earned a B.S. in Business Administration, majoring in Accounting, from the University of Southwestern Louisiana (now University of Louisiana at Lafayette). He is a member of the American Institute of CPAs and the Financial Executives Networking Group. In his free time, David enjoys golfing, saltwater fishing, and spending time with his wife and three children.