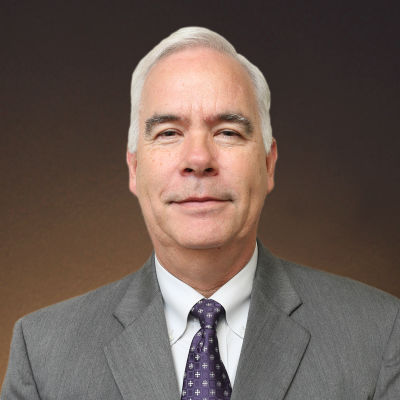 From Bruce: “After over 35 years of creating value as a management accountant and business executive for many companies in different industries, I’m excited to be a part of GaP advisors and bring my experience to others. GaP is a great fit for me with their focus on value creation for small businesses through M&A services, coaching and consulting.”

Bruce is a proud Aggie having earned both his BBA and MBA from Texas A&M University. He is also a CPA licensed to practice in Texas as well as a Chartered Global Management Accountant. From the earliest days of his career, Bruce has always provided a good return. “I remember the excitement I felt as a young internal auditor at US Steel when the audit program I developed found duplicate payments that far exceeded my salary. This experience struck a chord that has resonated throughout my career.” Whether refinancing debt, restructuring operations, streamlining distribution networks, or implementing more effective risk and benefit plans, Bruce has proven has value to companies. “Unlike most accountants, I thrive on change.”

In his first role as CFO of a public company at Kinark Corporation, a mini-conglomerate, he restructured the largest division by reducing staff, refinanced debt, and directed the acquisition of a critical customer in bankruptcy. Next, Bruce joined Acme Boot Company as EVP. His role as the only executive on site was to direct the relocation and consolidation of company operations, saving $8M in operating costs during his first year. Subsequent consolidation of warehouse facilities resulted in annual savings of $1M while reducing inventory by $7M.

Returning to the public company environment as an EVP/COO, Bruce led the consolidation and closure of various operations at Boss Holdings, Inc. in order to return the company to profitability. He then played a pivotal role in the acquisition of three companies over a three-year period to grow company revenues by 40%. Getting back to Texas became important to Bruce, and he took on another turnaround by joining OI Analytical, a NASDAQ-listed manufacturer of scientific instruments as CEO. OI was embroiled in a stock option investigation at the time of his arrival, had lost its largest customer, and was experiencing quality problems with extensive employee turnover. After a successful turnaround, he led a Board-authorized initiative presenting OI to high-potential acquirers resulting in a cash sale at a 55% premium for shareholders.

Prior to joining GaP, Bruce worked as CFO of Dynacon, Inc., an oil field supply company. In his first year at Dynacon, he positioned the company for transition to new ownership, resulting in a cash sale at double previous offers and preserving favorable tax treatment.

Bruce has been married to his wife, Laurel, for 37 years. They have two sons and two granddaughters. Bruce enjoys spoiling his granddaughters and giving back to the community. He has served as President of the Board for Family Promise, a homeless charity, for three years, bringing his change architect nature to the job. Under his leadership, Family Promise has raised funds to remodel and relocate to new facilities that will enable this ministry to double the number of those it serves. Bruce has also served as Elder Chairman at his 1,000-member church for two years. With his low-key style, listen-first nature, and dry, self-deprecating sense of humor, Bruce’s friends sometimes refer to him as the quiet tornado.